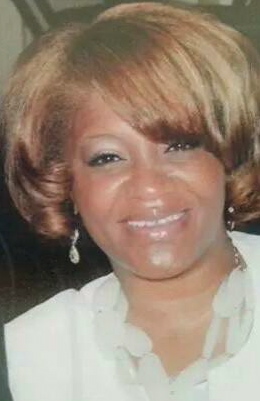 Unity is oneness, not sameness. The Church of Christ (Holiness) U.S.A. is made up of nearly 14,000 members from diverse backgrounds and professions – doctors, lawyers, teachers and politicians. For the members of a relatively small denomination, the pursuit of excellence has been a significant cornerstone in building sustainable communities for generations.

In this series, COCHUSA.org will highlight members who faithfully serve their local churches as public faces of COCHUSA – while acting as mouthpieces for our respective communities.

Connie Taylor is an alderwoman in Terry, Miss., since 2009 and the current diocese director of Ladies in Fellowship Together. Taylor and her husband Chris live in Terry with their five children ranging from the age of 12 to 25. One of them, Tatu, was adopted when the couple worked as fulltime missionaries in Malawi, Africa.

Taylor says working as a missionary from 2004 to 2008 was a rewarding experience. It made her more appreciative of family time and the simple things in life such as having basic amenities, available resources and good health. “I am very thankful for the trust and the funds we received from the New Horizon Church International for our travels,” Taylor said.

Today, she is on the board of Aldermen in Terry, Miss., (pop. 1,099) where she is responsible for making the right choices on behalf of the town. This includes properly allocating money, coordinating city funds, regulating new businesses and overseeing law enforcement.

Taylor joined COCHUSA in 1991, followed by her husband in 2009 after they moved to Terry, Miss. She joined the Pratt Memorial United Methodist Church in Jackson, Miss., in 1996 where her mother was an associate pastor. Being married to Chris, the pastor at St. Peter Church of Christ (Holiness) U.S.A. in Terry, and being the diocese director of Ladies in Fellowship Together, a branch of the United Christian Women’s Ministry, allowed her to reach out to women from the age of 18 to 45. She provides guidance and encourages them to get involved in sharing ideas related to health, wellness and God.

“When we moved from Byram, Miss. to Terry in 2009 we felt a sense of belonging and ultimately decided to join St. Peter Church,” Taylor said.

She received the highest number of votes during her election. “The outcome of the election told me that my goals align with what the people of Terry want,” Taylor explained. Her ultimate goal is to increase the sense of accountability in Terry.

“Sometimes people are not being held accountable because they have served in a public position for a long time, but accountability should be established across the board regardless of status, rank, prestige or education,” she said.

“What makes her a successful politician is the fact that she is honest and fair with everybody. She will make sure that things are done the right way,” says April Holloway, also a member of St. Peter Church, who describes her as very cooperate, helpful, and willing to provide others with guidance.

Accountability is what she highly appreciates about COCHUSA. Taylor believes the complex structure of the congregation [church government] decreases the chances of having discrepancies and builds a foundation for a well-functioning community.

“COCHUSA is not a one-man show and everybody holds one another accountable,” she said, referring to the denomination’s checks and balances between congregation laymen, pastors, and ultimately bishops.

Taylor also explained how faith and politics go together in her life. “Jesus Christ is all about social injustices and the Lord wants us to make godly choices for our communities. Our responsibility is to be transparent and open with people and to make changes according to Christian values,” she said.

Taylor wants to see more people in her town getting involved by being visible in board meetings and town hall meeting.