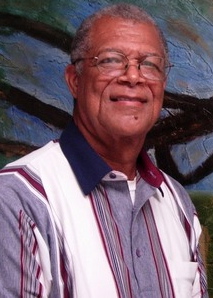 Unity is oneness, not sameness. The Church of Christ (Holiness) U.S.A. is made up of nearly 14,000 members from diverse backgrounds and professions – doctors, lawyers, teachers and politicians. For the members of a relatively small denomination, the pursuit of excellence has been a significant cornerstone in building sustainable communities for generations.

In this series, COCHUSA.org will highlight members who faithfully serve their local churches as public faces of COCHUSA – while acting as mouthpieces for our respective communities.

The political journey of Marshall Brumfield, the former mayor of Folsom, La., is unique in itself. He was the first black mayor in St. Tammany Parish, one of 64 parishes in Louisiana. At the time of his first election the populations of African Americans in the area was only 25 percent. However, he received 82 percent of the votes. Brumfield is originally from Folsom, a village in St. Tammany Parish, La., and currently lives in Franklinton, La. He has four children and he has been married to Carol since 1968. Brumfield served in the position as alderman in Folsom for 10 years and as mayor for 12 years.

In his position as mayor, Brumfield was responsible for the overall management of Folsom: supervising the police department, participating in the monthly mayors court and making sure the laws in place were administrated and carried out fairly.

Even though he deeply enjoyed the challenges in this position, he decided to step down in 2010 to take care of his brother’s nursery after his retirement.

“I felt that I could not give 100 percent being mayor while operating the nursery”, says Brumfield.

COCHUSA is deeply rooted in Brumfield’s family history: His parents and his material and paternal grandparents grew up in COCHUSA. Despite his relocation to the University of California Davis for a business management position, he never lost the connection to his family. After seven years, Brumfield, his wife Carol and his four children returned to Louisiana, where he started serving as a Sunday School superintendent at Midway Church of Christ (Holiness) in Folsom. Soon he was elected as the president of District 3 (Southwestern Diocese), supervising 13 churches. Before his term as president expired he was elected mayor.

“There was a six months overlap, which was an extremely challenging time of my life, but being president of District 3 really helped me to understand, communicate, and get a long with people. It also taught me a lot of patience and prepared me to serve in the position as mayor,” Brumfield says.

Pastor Leroy Divinity of Midway Church knows Brumfield as a very people-oriented man who stands up for what he believes is right.

“Growing up with the church leadership helped him develop the character traits needed to make difficult decisions and find the balance between justice and grace,” Divinity said.

According to Brumfield, the most important character trait that has helped him prosper in his political career is self-respect and the respect for others.

“I always remember what a referent once said to a college student: ‘It’s not your aptitude but your attitude that will determine your altitude—with a little intestinal fortitude,’” Brumfield said. He sees the significant value of the church in preparing young people for life and the challenges they might face in their communities.

“COCHUSA has prepared me to meet the political and personal challenges in my life. I could always pray and get an answer from the Lord or ask my Christian brothers and friends for advice.”

Divinity remembers Brumfield’s outstanding ability to prioritize his service to people. “It was amazing how well he balanced the work he did as mayor, as alderman and as deacon at the church at the same time. You would have expected that one of his roles suffered along the way, but he always showed tremendous commitment in all of his positions”, he said.

Shortly before Brumfield retired as mayor of the village, he was appointed the commissioner of human rights in the first congressional district of Louisiana. He participated in the monthly meetings, addressing concerns of individuals who felt treated unfairly in their jobs.

“It was our responsibility to address any sort of human rights violation by representing those people whose voices were unheard.”

The values of COCHUSA have guided Brumfield through his entire political career, helping him to manage trying moments in his 22 years in pubic office.

“With nearly 14,000 [COCHUSA] members we might not be the strongest in numbers, but we have a strong faith, grounded in the Christian faith. This environment has helped me to progress and mature day after day.”

Today, he is still managing the nursery that belongs to his brother and is a member of the deacon board at Midway Church.