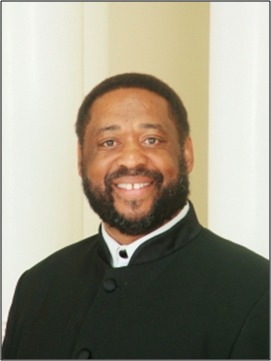 (JACKSON, Miss.) – Jackson State University Director of Choral Activities W. Cortez Castilla has been selected as a national conductor for this year’s 105 Voices of History National Choir, which will perform three major concerts during the 2012-2013 academic year.

Two performances will be in Washington, D.C. The choir will perform during the Congressional Black Caucus Week at the Andrew Mellon Concert Stage and at the John F. Kennedy Center for the Performing Arts. In addition, the Voices of History Choir will perform in Nashville at the Grand Ole Opry Center.

During the past three years, Castilla has served as regional director for the Southeastern Region, preparing choir members from Mississippi, Tennessee, Alabama and Kentucky for the annual performance at the Kennedy Center.  While serving as a regional director, students from the Southeastern Region have been awarded approximately $21,000 in scholarships for outstanding performance with the choir.  Two Jackson State University Chorale members who were music majors each received $5,000 in scholarships as winners in the scholarship awards ceremonies.

Castilla is the National Minister of Music of the Church of Christ (Holiness) U.S.A. He is also pastor of Third Temple Church of Christ (Holiness) U.S.A. located in Mississippi’s South Central Diocese. He is married to Sis. Kathy Castilla, an accomplished choral director and Associate Professor of Music at Tougaloo College, and is the father of three children.