COME JOIN US IN ATLANTA GEORGA FOR

THE 118th NATIONAL CONVENTION OF COCHUSA 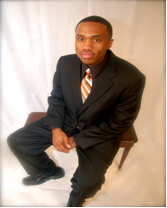 Dr. Kristofer Smith, the son of Bishop Victor and Sis. Elma Smith, is a 2009 graduate of Florida Agricultural & Mechanical University.

As a Doctor of Pharmacy, he currently works as a registered pharmacist with Walgreens in Atlanta, Georgia.  He is also Health Director of Extraordinary League, NPO; an organization that strives to make a difference in our communities with a focus on health, education, development, and sports.

He is a member of Higher Calling Ministries Church of Christ (Holiness) U.S.A. in Decatur, Georgia where he serves as trustee board member, as Assistant Sunday School Superintendent and teacher, as Brotherhood Treasurer, and as an HYM Coordinator.

Beyond his service to his local church, he also serves on the district level as Georgia District Sunday School & HYM President in the Southeastern Diocese, and nationally as a KJA Scholarship board member. 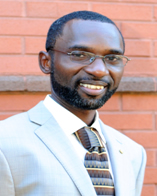 Mr. Parham holds a Bachelors of Arts degree from Prairie View A&M University in Houston, TX where he majored in Political Science and minored in History.  He earned his Master’s of Arts in Political Science from Clark Atlanta University.  Mr. Parham has been a tireless community worker in the city of Atlanta.   Embedded in Atlanta’s education community for the past 15 years, Fred Parham has ably served in many capacities over that time. A dedicated public servant, Mr. Parham has served as a dedicated teacher for the past ten years in the public and private school community and for the six years Mr. Parham has served as the Director of the 100 Black Men of Atlanta’s Resource Learning Center, dedicated to the academic success and cultural enrichment of Atlanta public school students in its flagship Project Success program.  In his capacity as director of the 100 Resource Learning Center Mr. Parham has also worked to develop the Boys To Men program, an initiative dedicated to creating a safe space for single mothers to share “best practices” on raising their sons at the Business Engineering Science and Technology School (BEST) Academy. Today Mr. Parham continues to teach and organize. In August of 2010 Mr. Parham was elected to a two year term Board of Governors of Tech High School, the only “stand alone” STEM charter high school in Georgia.  Mr. Parham has been invited to several speaking engagements and is a member of several civic organizations; keynote speaker at Riverdale Middle School graduation (May 2009), served as panelist at Atlanta Technical College: Leadership Forum (November 2009); panelist at 2010 PowerClusters: Career Pathway TECHSPO Conference in Atlanta, GA (July 2010); published an article in the Classic Insider on Tavis Smiley’s America I Am exhibit; Atlanta Community Engagement Team (ACET) education committee, a legislative advocacy group.  Mr. Parham was selected to be a member of Let Us Make Man (LUMM) Conference where he has lectured at several universities around the state of Georgia to include Savannah St. University, Fort Valley State University, University of West Georgia, Columbus State University, and Valdosta University Developing Youth Leadership Module(2010) and What’s Next: College, Careers, and Trade(2013); Co-Chair of The Nile Valley Conference II Youth Day (September 2011); He is the founder and Director of at Pangaea Institute for Education and Cultural Excellence (PIECE).  Founded in 2009 Pangaea’s Mission is to develop curriculum that underscores the need to revitalize the role of education in the context of personal and community development, as well as building cultural bridges that celebrate diversity and accent tolerance with a humanistic view of meeting the global challenges of the 21st Century.  Pangaea Institute has recently completed the 2010 African-American Scholarship and Fellowship Database; 2nd Ed. (2014) for State Farm Insurance and 100 Black Men of Atlanta.  Mr. Parham continues to operate Pangaea Institute academic and cultural enrichment after school program and other educational programs throughout the southeastern United States.

Elder Dr. Reginald (Reggie) Wilson resides Raymond, MS alone with his wife of 17 years, Andréa Wilson and two lovely daughters: Kiara and Maya. Born and raised Jackson, MS., Dr. Wilson is the second youngest of eight boys (now men) born to the late Earnestine Wilson Bennett Womack.  He accepted his call to the ministry at Greater Mount Bethel COCHUSA, where he was raised from a child. He is currently a member of Sweet Rest COCHUSA in Pearl, MS, where is involved in youth outreach and evangelism.

As an evangelist, God has allowed him to travel and share His word in many foreign countries.  Among them are: Youth convention speaker and World evangelist to the Nations of Chile, Brazil, Germany, Haiti, Paraguay, Peru, Honduras, Nigeria, Mozambique, Malawi and South Africa, India, France, Bahrain, as well as many other countries; and throughout the United States.

He ministers to the youth, on a Weekly basis, at Oakley Training Center (Youth Detention Center) in Raymond, MS with many salivations and success stories. His Youth Motto is: “If you do what you have always done, you will always get what you have always got”. He also declares that he has lead many young souls to Christ and raised young disciples throughout the U.S. and in many countries.

In addition to his work in the ministry, Elder Divinity is President and founder of the Paraclete Consulting Group Inc. (PCG).  PCG is a consulting firm serving nonprofit organizations.  Mr. Divinity demonstrates a particular expertise with faith-based and emerging organizations in the social and community development arena.  He has assisted nonprofits of various sizes in developing strategic plans, accessing funds through grant writing, assessing organizational structure, and evaluating programs.  He has also provided training to boards in key roles and responsibilities.   Mr. Divinity previously served as Director of Programs for the Mirabeau Family Learning Center and played a major role in its development from a startup nonprofit.

Make sure you complete your online registration for the convention and sign up for the NBM Breakfast.