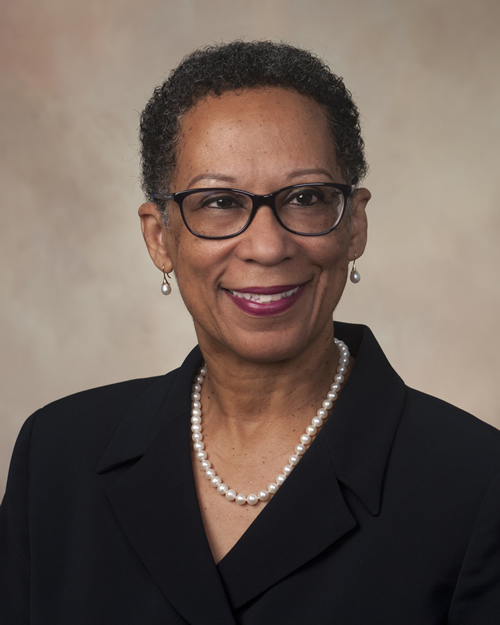 “First African American…”, in 2020 that isn’t a title you expect to accompany anything anymore. In most communities or professional associations, you would imagine there has already been a first. However, not in the case of the Mississippi Society of Certified Public Accountants – a 100-year old professional association of accountants certified in public accountancy. In June, Dr. Annette K. Pridgen was the first African American chairperson to be elected.

Founded in 1920, the MSCPA is the largest professional organization serving the needs of Mississippi CPAs and aspiring CPAs. It represents more than 2,700 members in public practice, government, business and industry, government and education. Pridgen has been a member of the MSCPA for 27 years. She previously served as chair of the organization’s Awards, Education and Scholarship Committee for 16 years and in 2017 she was elected MSCPA Secretary.

Nominated and elected by her peers, Pridgen took office in July. Even as the first African American elected to the MSCPA, Pridgen notes the organizations still lacks racial diversity. However, her character and professional reputation is the reason being elected was not a difficulty. She credits this absence of adversity to members of the MSCPA being familiar with her heavy involvement in the organization. In addition to holding several leadership positions before her election she was known among members as the unofficial event photographer.

Shortly after marriage, her husband was called into the gospel ministry, beginning her journey as a minister’s and then pastor’s wife. Pridgen describes her transition to being actively involved in COCHUSA as natural due to her already having been active in her home church- College Hill Baptist Church.

One of COCHUSA’s core values is that members are committed to a life of holiness. When asked in what way in her position as chairperson of the MSCPA does she commit herself to a life of holiness, Pridgen said, “When I visit CPA offices or meetings, I use the opportunity to show colleagues and other professionals the fruits of the spirit in me, namely love, peace, patience, kindness, goodness, faithfulness, gentleness and self-control.” The scripture that she lives by is, “Fear thou not, for I am with thee; be not dismayed, for I am thy god; I will strengthen thee, yea, I will help thee; yea, I will uphold thee with the right hand of my righteousness.” (Isaiah 41:10)

The list of Dr. Pridgen’s honors and awards is long. In 2015, she received the Association of Government Accountants’ Cornelius E. Tierney Research Award for her research in governmental accounting. Other awards include the Faculty Excellence Award for the College of Business at Jackson State University, the Outstanding Dissertation Award from the Government & Nonprofit Section of the American Accounting Association, and the Doctoral Teaching Award from the E. H. Patterson School of Accountancy from the University of Mississippi. In 2013, she was elected a member of the Government Accountability Office’s (GAO) Green Book Advisory Council where she was tasked with updating the standards for internal control of the United States Government. In 2016, she served on the US Government Accountability Office (GAO) Yellow Book Advisory Council where her duty was to update the government auditing standards.

“I have been a member of and involved with the MSCPA for many years, and quite frankly, was not optimistic that I would ever see the day when this association would ever have a black CPA to serve as Chair. Annette and I actually worked together in the accounting office at Jackson State University a number of years ago and I recognized then that she would go on to have a very successful career and her resume bears that out.  Annette became active with the MSCPA and quickly earned the respect and confidence of her peers in the organization and her election was by a strong majority vote. I am proud of her and she undoubtedly will do a great job during her year as Chair and then through her continued service on the Executive Committee,” Castilla said.

“Dr. Pridgen’s selection to be chairperson of the Mississippi Society of Certified Public Accountants is an outstanding accomplishment and very encouraging to women in COCHUSA- and all women,” says Bishop Joseph Campbell, a retired BellSouth employee.

“Her example of perseverance and humility will challenge young people to understand you can be a Christian serving God and have success in the secular world at the same time. We are very proud of the selection of Dr. Pridgen, a valued member of our denomination, to receive this honor. Congratulations Dr. Annette K. Pridgen.”

In 2019, she celebrated her husband’s 40 years of ministry work and says she is blessed to have been a part of COCHUSA for most of her life. Currently, Pridgen describes herself as a retired grandmother.  Her future plans include continuing to serve her church, family, and the MSCPA.

Want to know how you can become involved in personal evangelism